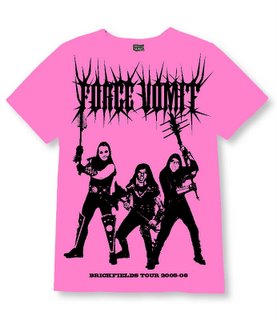 Force Vomit is a violence name for a band, if you ask me. Especially for these guys that look really wasnt scaring anyone. They come from Singapore and their song is about flying saucers, Changi airport and people that we all don’t know. So, why do I get hooked on them. You have to her them to understand. 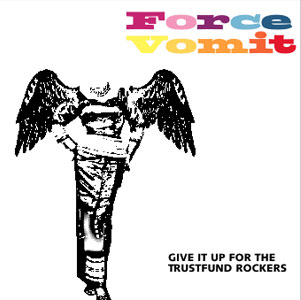 Singapore and Malaysia indie scene (effectionatly called the underground) can be very serious and tired looking at time. Bands popping up with heavy emphasis on ethic, phylosophy and ideas, but lack in one important factor. Fun. This is just the band that grab you by the neck and scream party! at you everytime you listen to them. Guys playing surf music and singing about adolences, in thick Malay accent. Singapore dont produce many fun bands since the classic Rockers (rokkkkk) anymore. Only one band in our scne that i think can rock a crowd this hard, and they are Plague Of Hapiness from Pasir Gudang. So far they have released 2 CD albums, 2 demo cassettes and their song was featured in the film Dari Jemapoh to Mancester.

Visit their website for more information about them. Free MP3s for beginers and check the listing, they may be coming to a place like you!

Posted by syed syahrul zarizi b syed abdullah at 12:33 PM

last song i heard was the one yang ada nama siti tu..

Can't wait to know what bags louis handbag will release for Fall/Winter 2010? Well, the wait is over. Here are the pieces that will fill the louis handbags store. Please be reminded that information in this post is still tentative. Also, these images from the runway show are for reference purposes only and do not reflect the final design of vuitton bag .

The reason why Ed Hardy clothing is among the favorite street apparels in the nation is because of the comfort hardy shirts provides, since they are made from lightweight and soft material, your body can breathe easily. The hardy shirts and Hoodies are made to feel and look good. You can not even question their durability, for hardy shirt can be worn many times and they will not look worn out.

You will find that today the rage is very popular in skate shoes are now going out of style, and Hogan skate shoes are adjusting easily to this. Because Hogan scarpe uomo already has some Hogan skate shoes that are in the punk-rock style that many skateboarders today are looking for. Hogan scarpe donna transition to their new Hogan uomo skate shoe look is occurring so easily today because in the late 1990s when the fashion trend started they were able to experiment by re-issuing some of the earlier skate shoe models that they had.